The ground conditions on the site were very hard to dig through for the excavation. Boulders the size of small cars were dug up and created huge voids underneath, when formation level was reached, large quantities of road stone had to be laid and thoroughly compacted to ensure the building would not subside 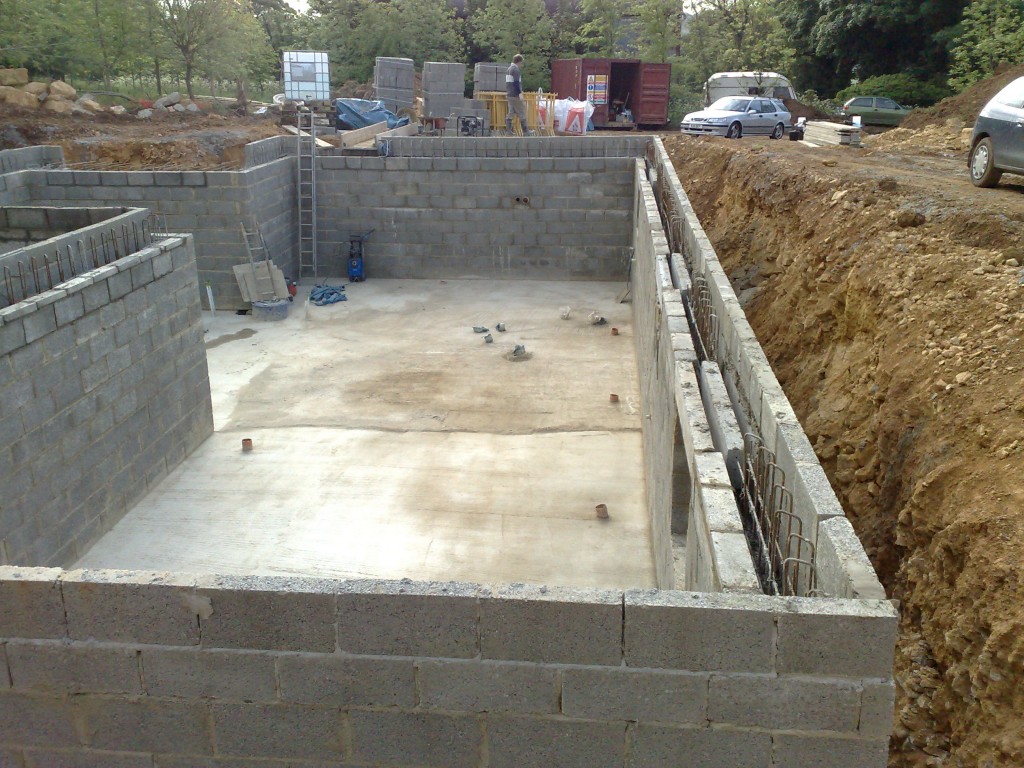 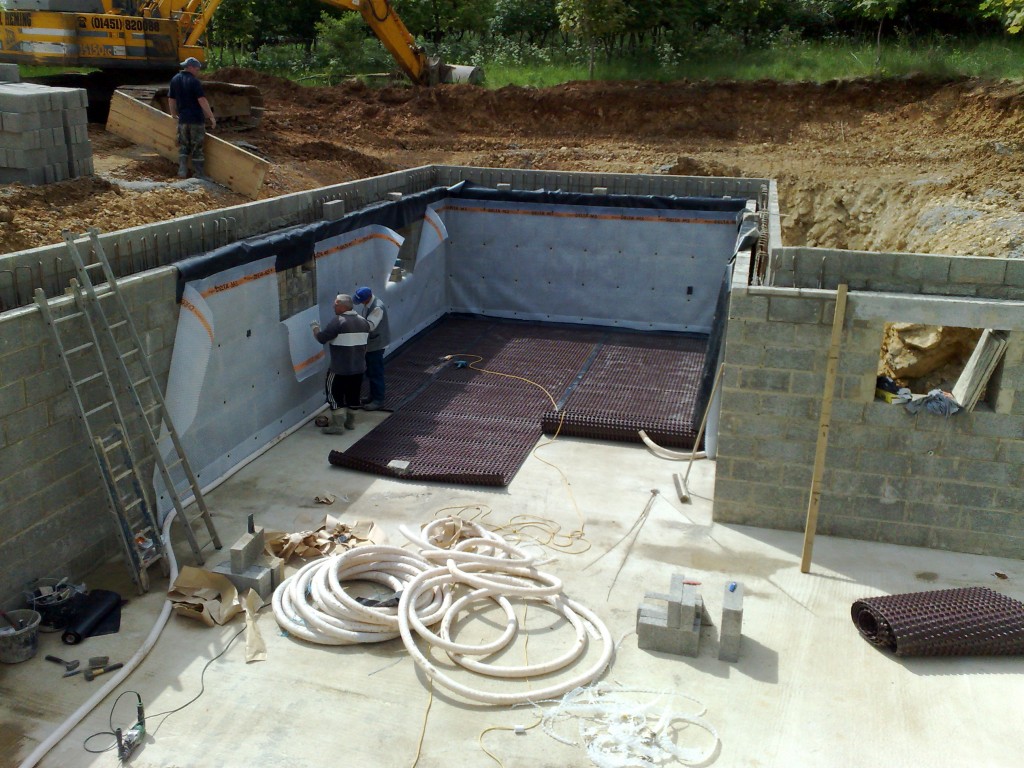 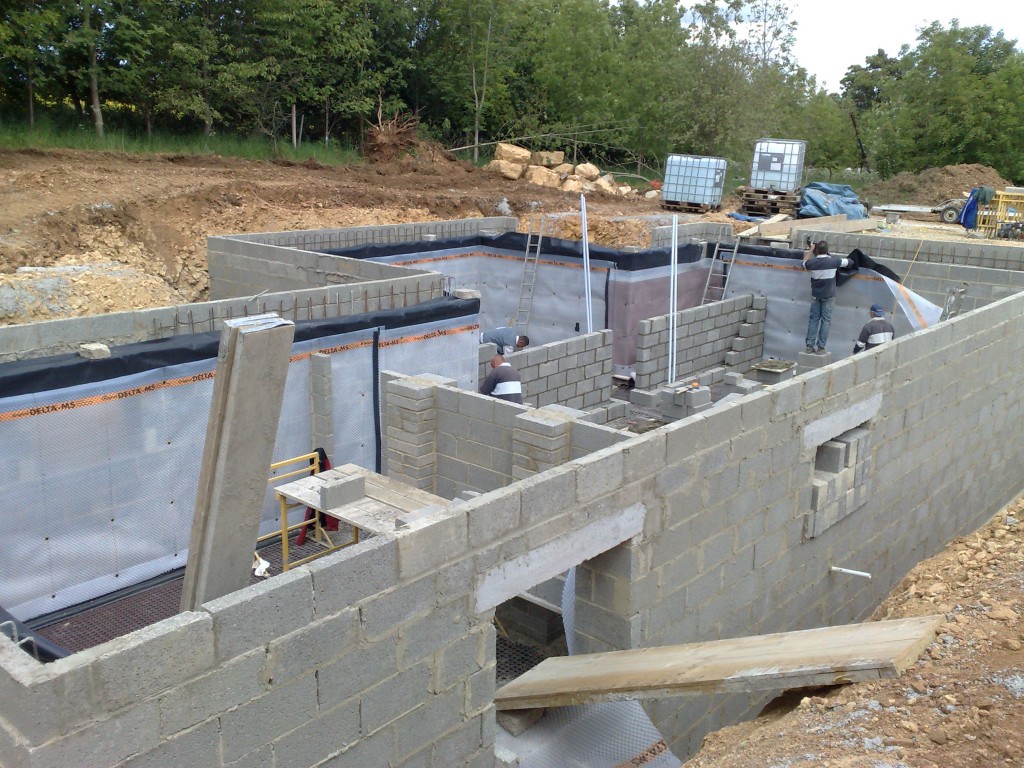 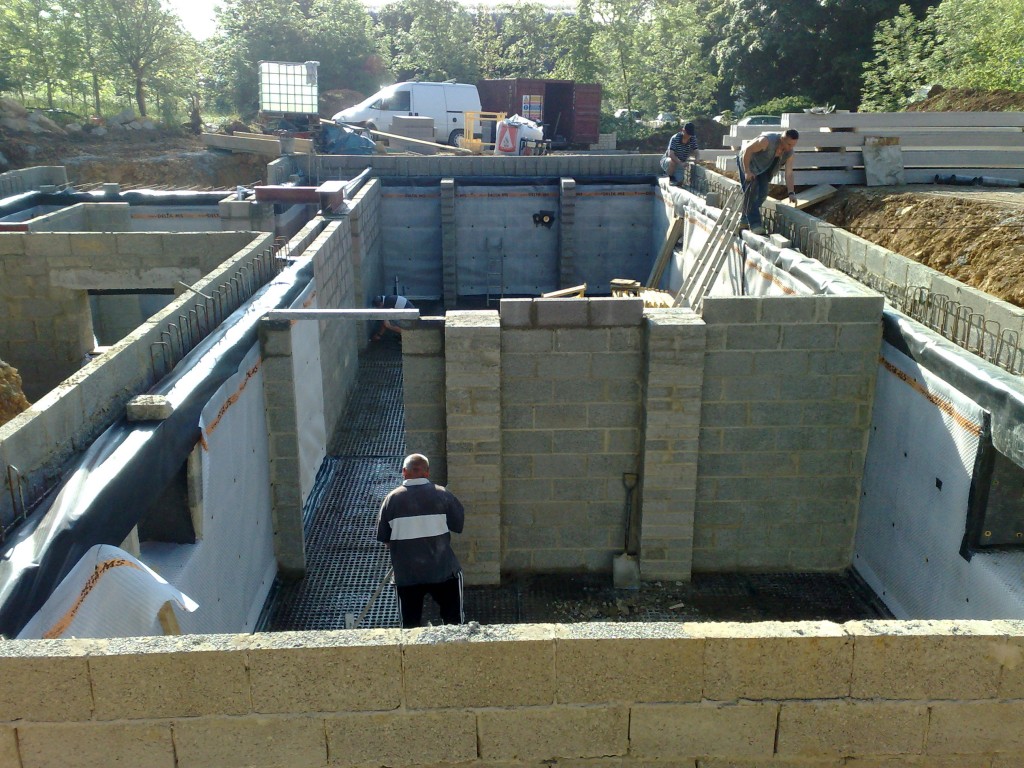 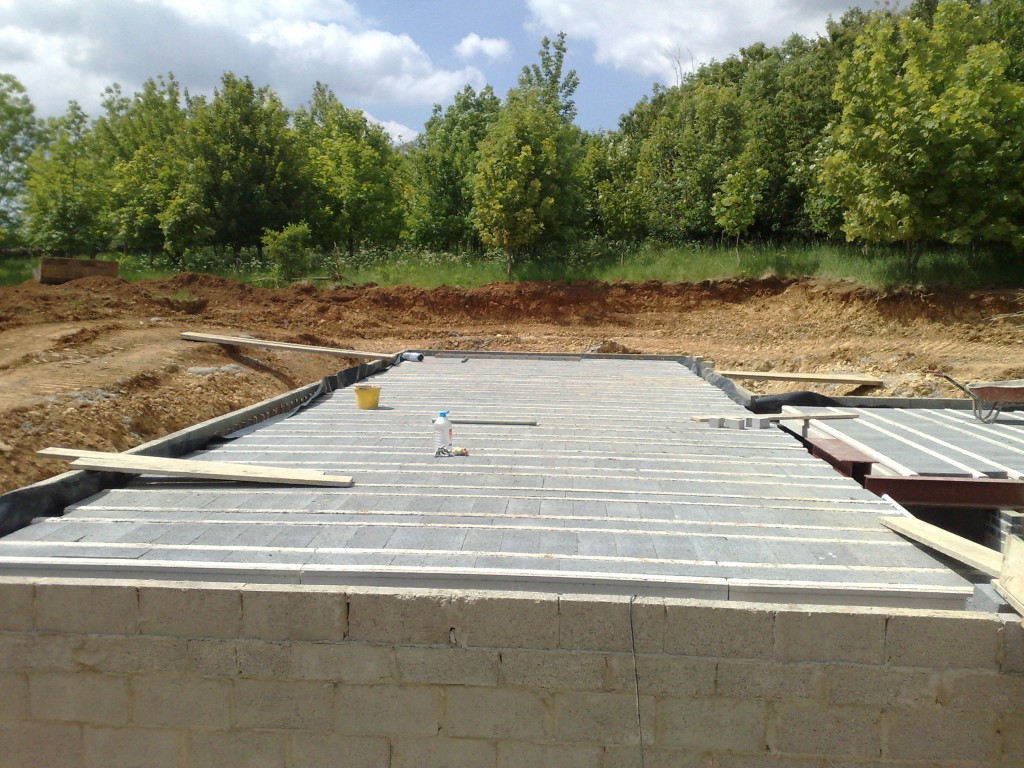 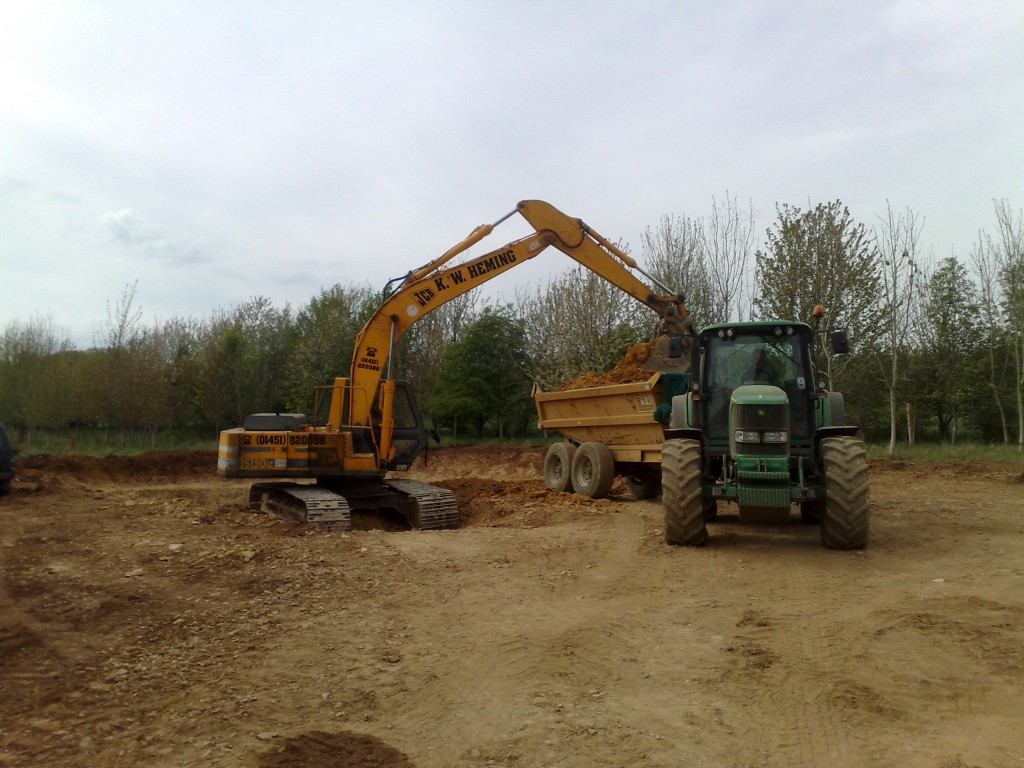 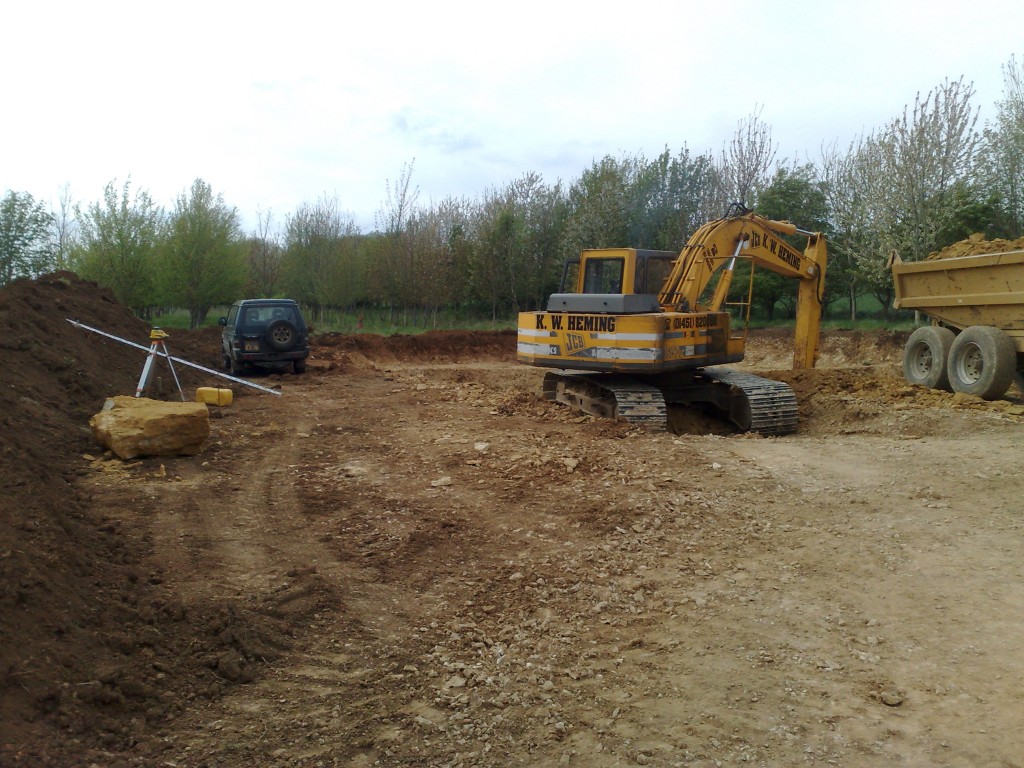 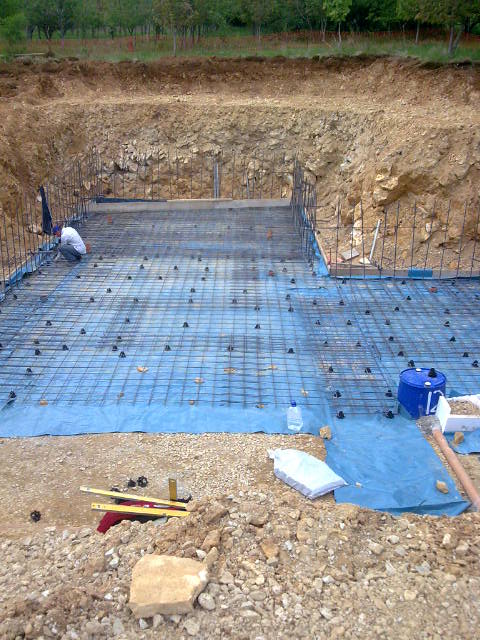 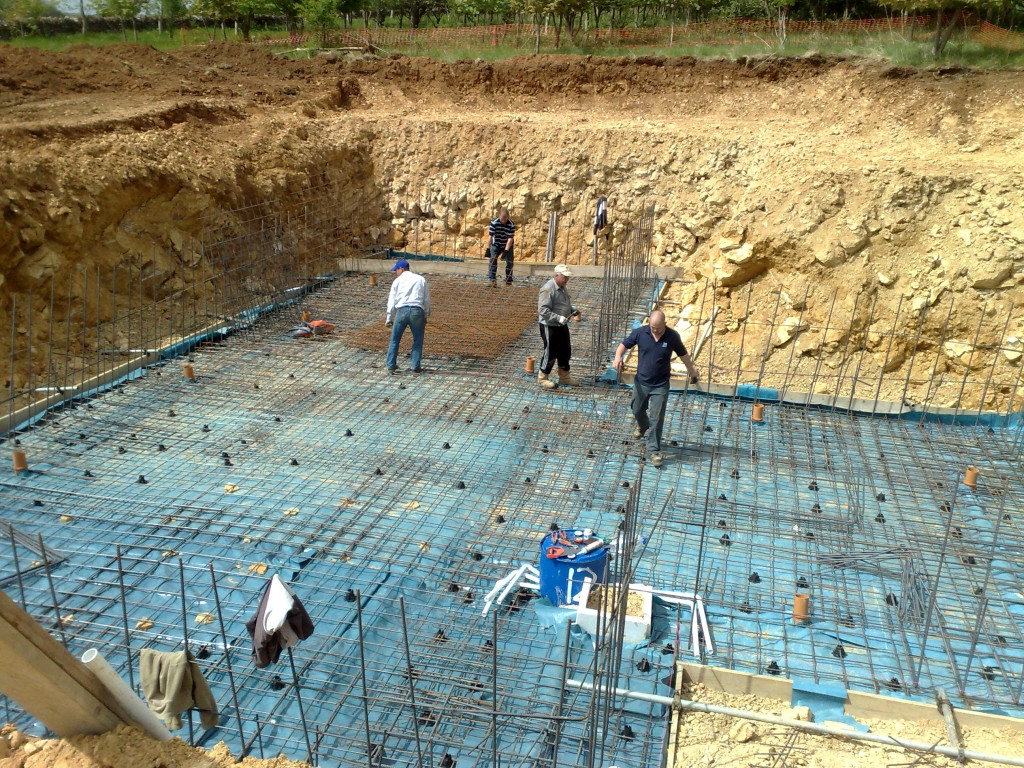 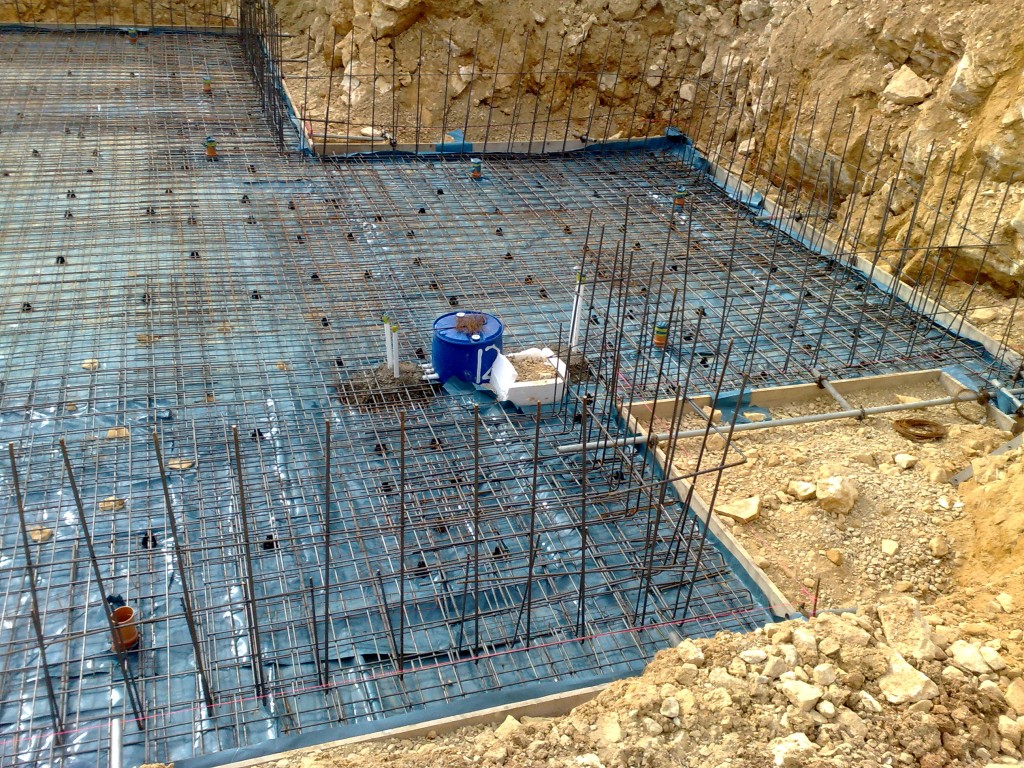 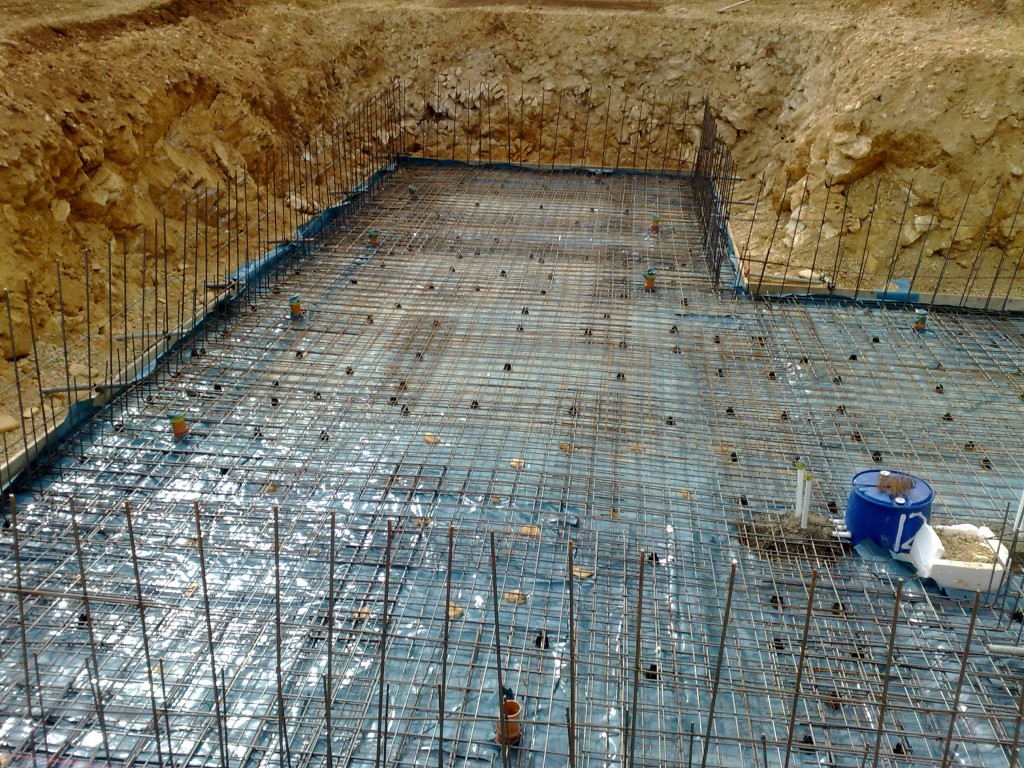 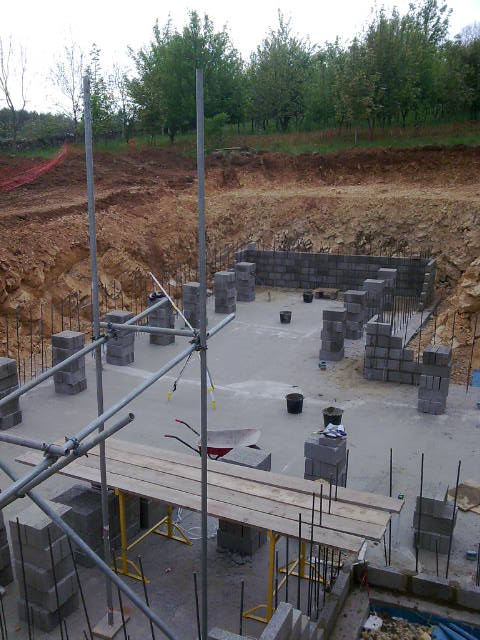 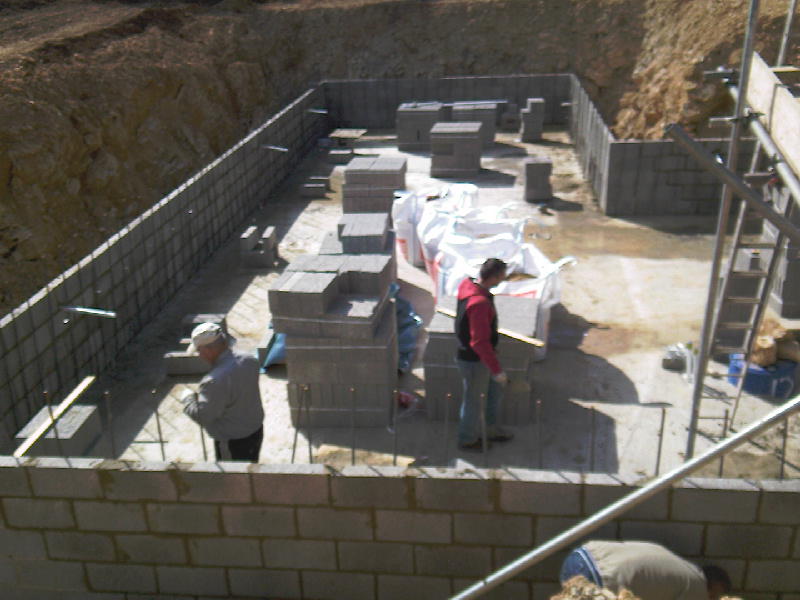 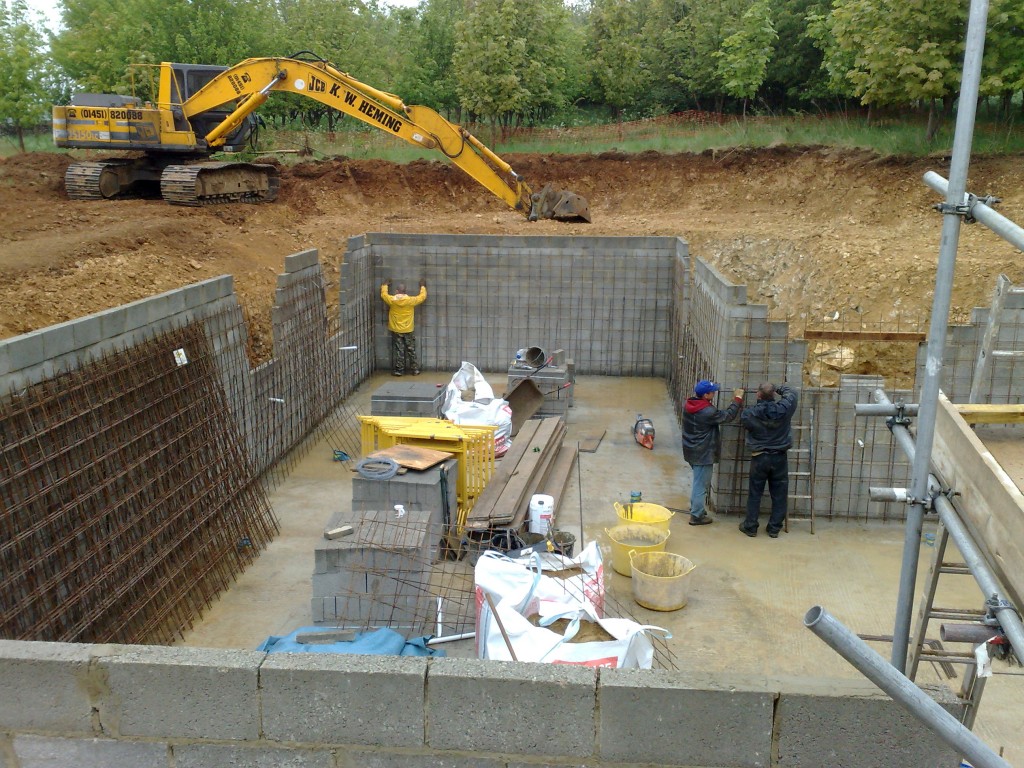 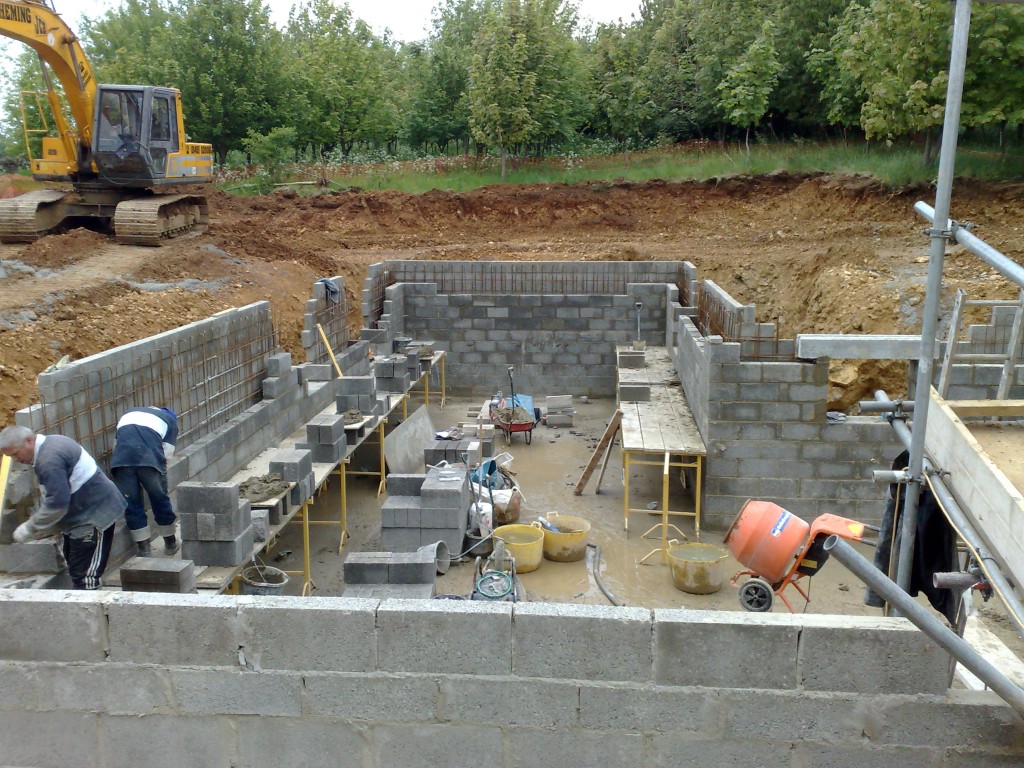 In a beautiful and remote part of the Cotswolds, just outside Stow-on-the-Wold, a large new farmhouse was being built. There were strict restrictions about the size of the house that could be built to is was in keeping with the rest of the village, so to ensure the house was as large as was desired, a basement was created to effectively double the size of the house.

Beautiful Basements was brought in during design phase and was commissioned to build the basement before the main contractors would build the frame and rest of the superstructure from Cotswold stone.

The walls were built using a very traditional block/concrete/block sandwich method, with waterproofing slurries on the wall floor junction as well as on each concrete “day joint”

When the walls were complete, they were membraned using a cavity drainage membrane, linked to a sump via underground drains. Installed in the sump are two pumps and a high-level alarm. Due to its isolated location, one of the pumps has a battery back-up feed in case of prolonged power cuts.

Once the membranes had been installed on the walls and floor, the internal, load-bearing walls were built and finally the block and beam floor installed.