The principal challenge was the amount of earth & clay that had to be retained to allow construction to begin.

The retaining wall had to be cast in three lifts due to the amount of concrete required to hold back the slipping clay. Once complete a large structural concrete wall, with drainage at the base was holding back the hill and draining the water at the same time. This allowed the rest of the construction to begin. 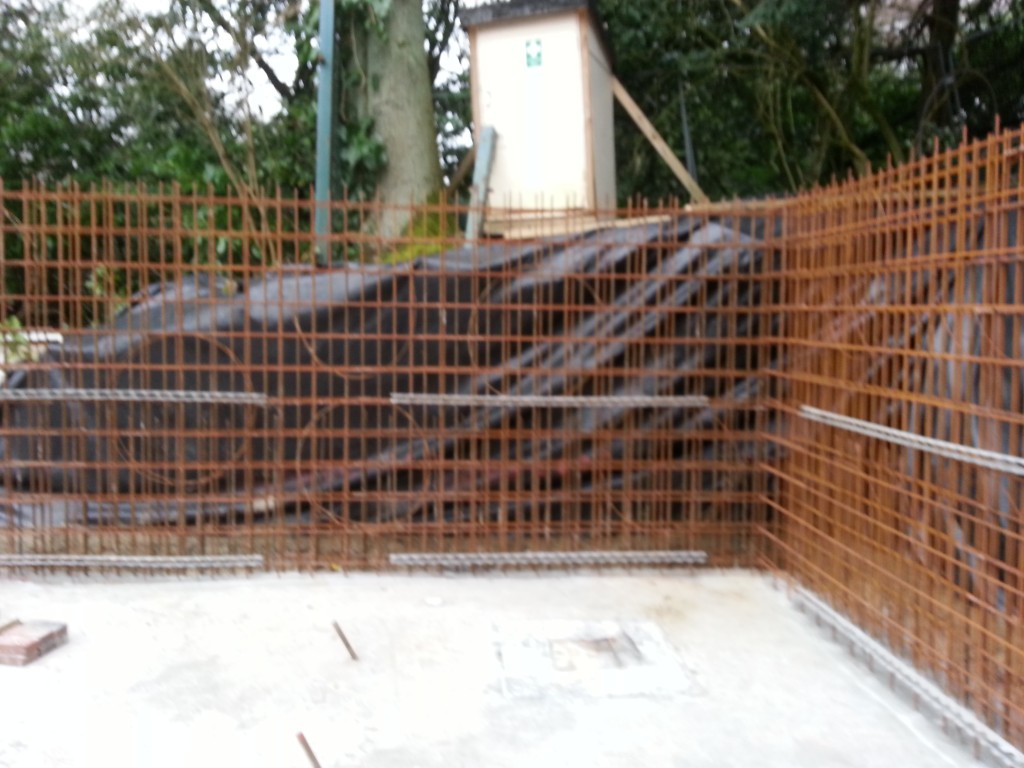 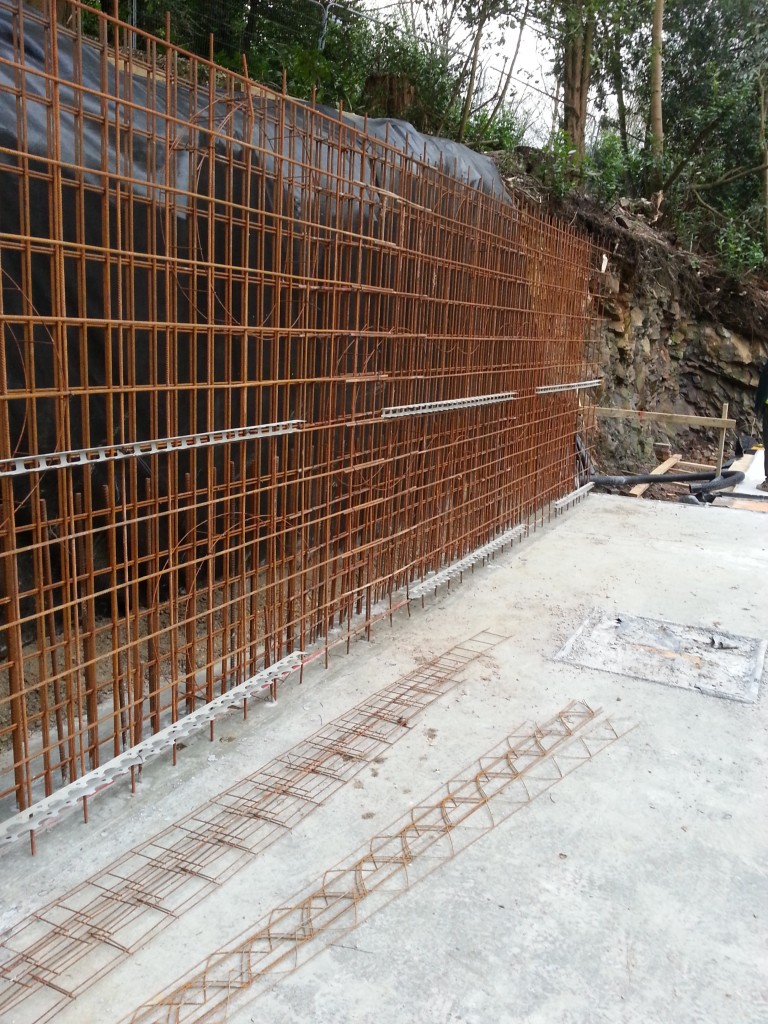 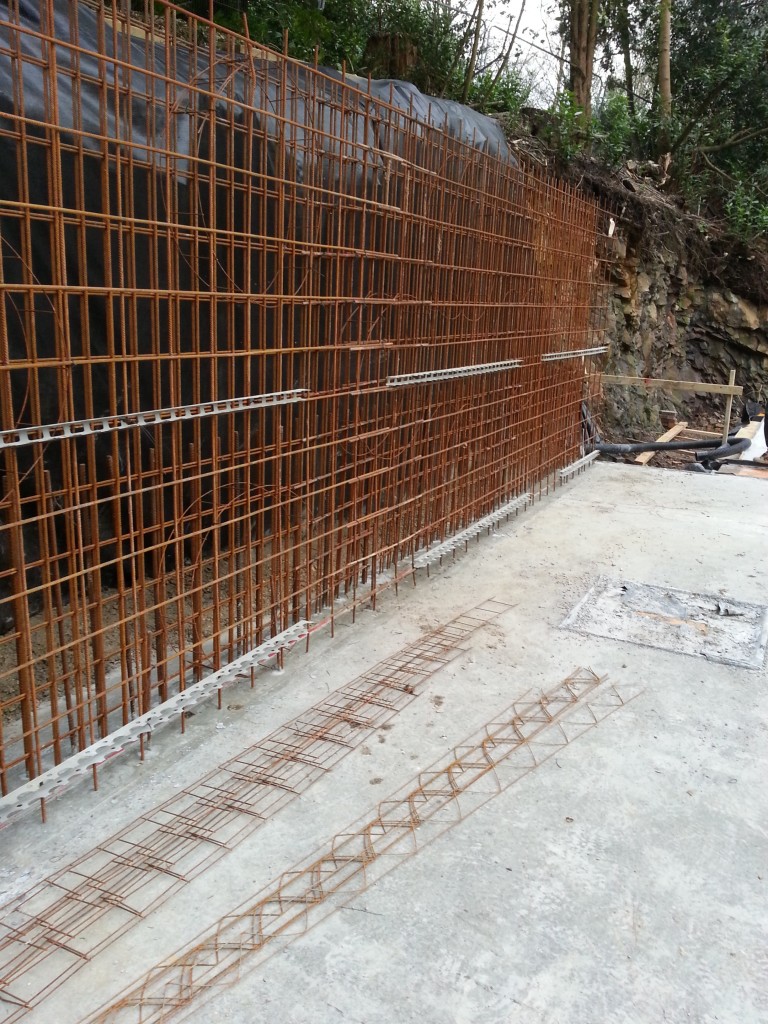 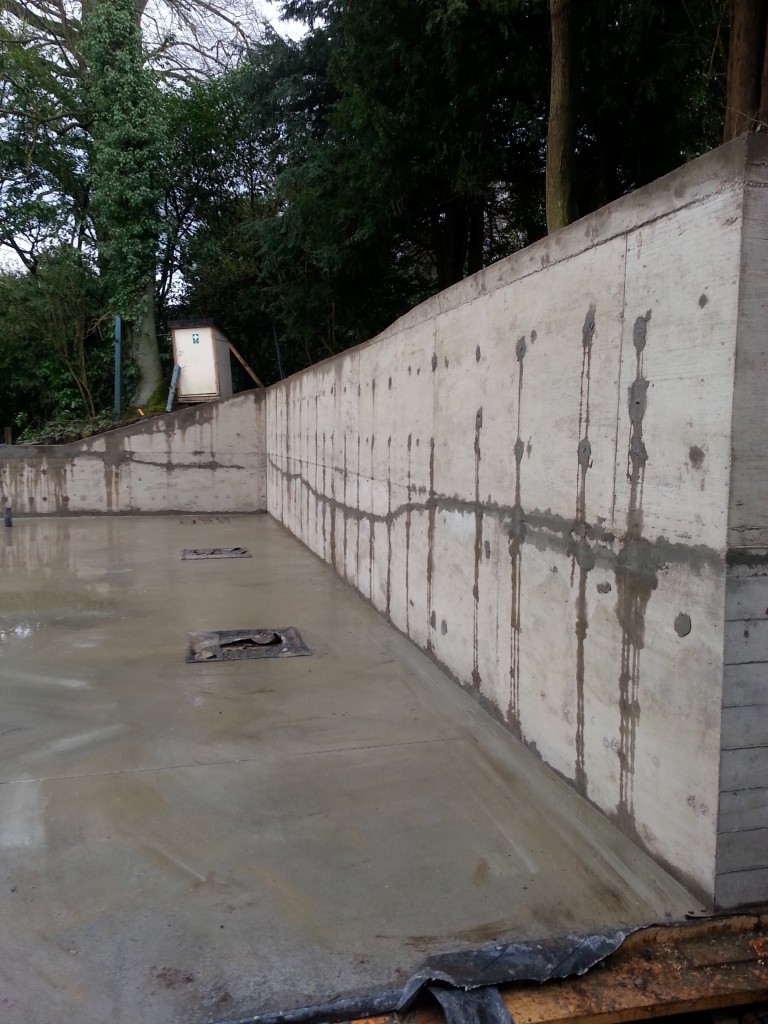 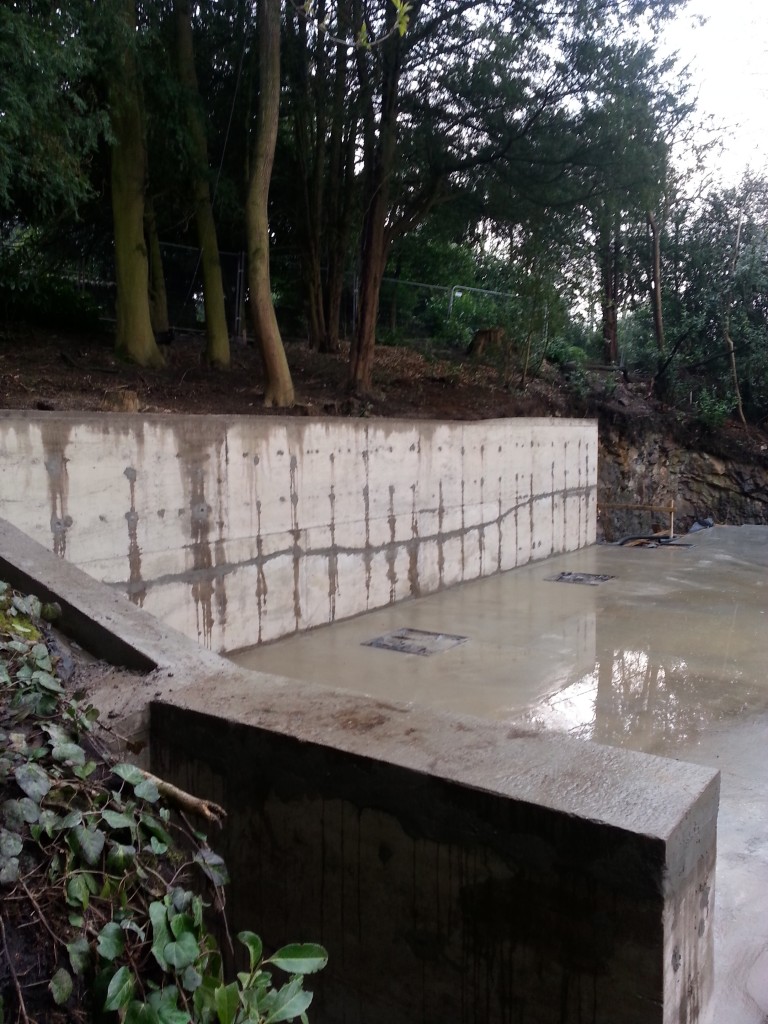 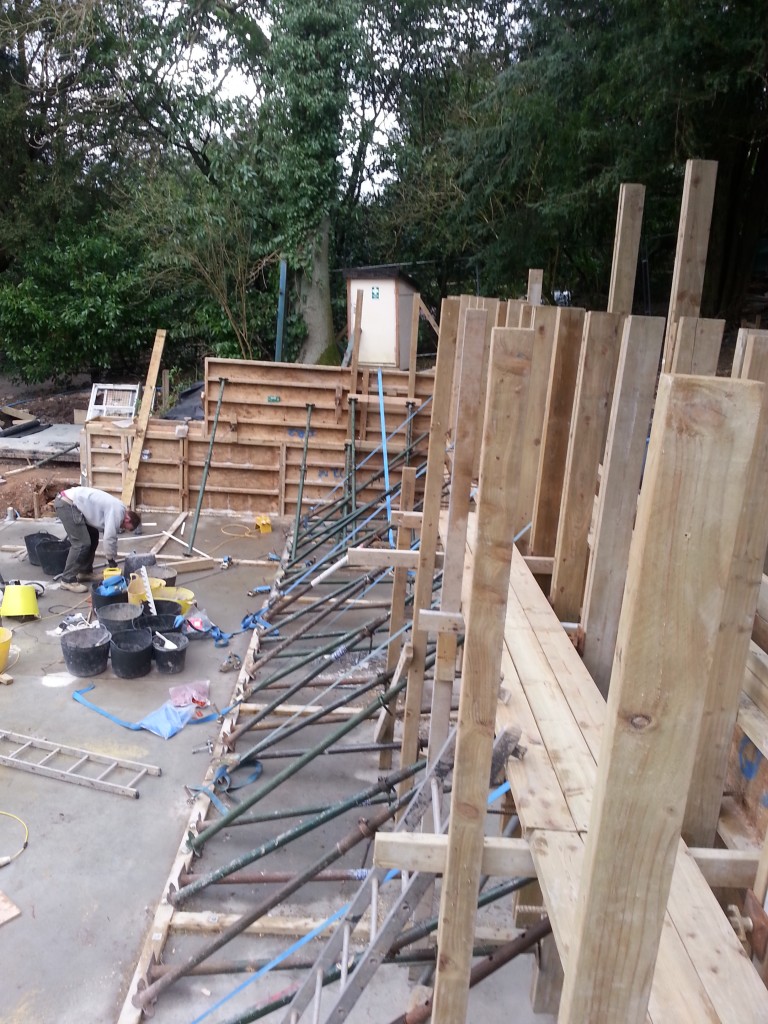 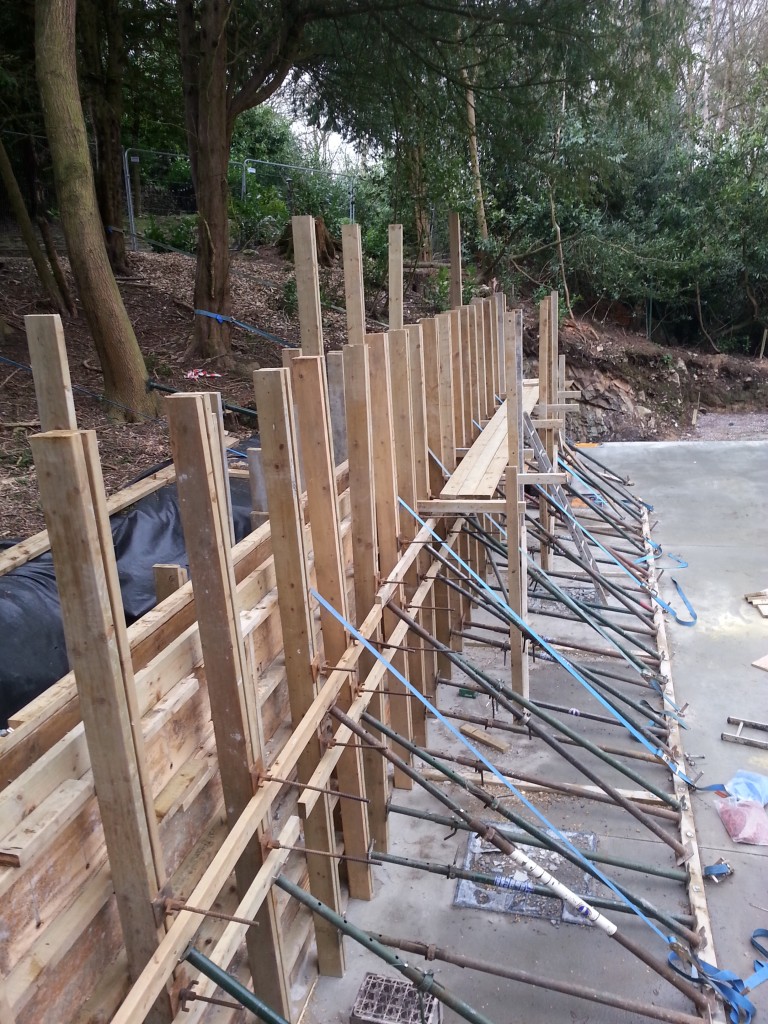 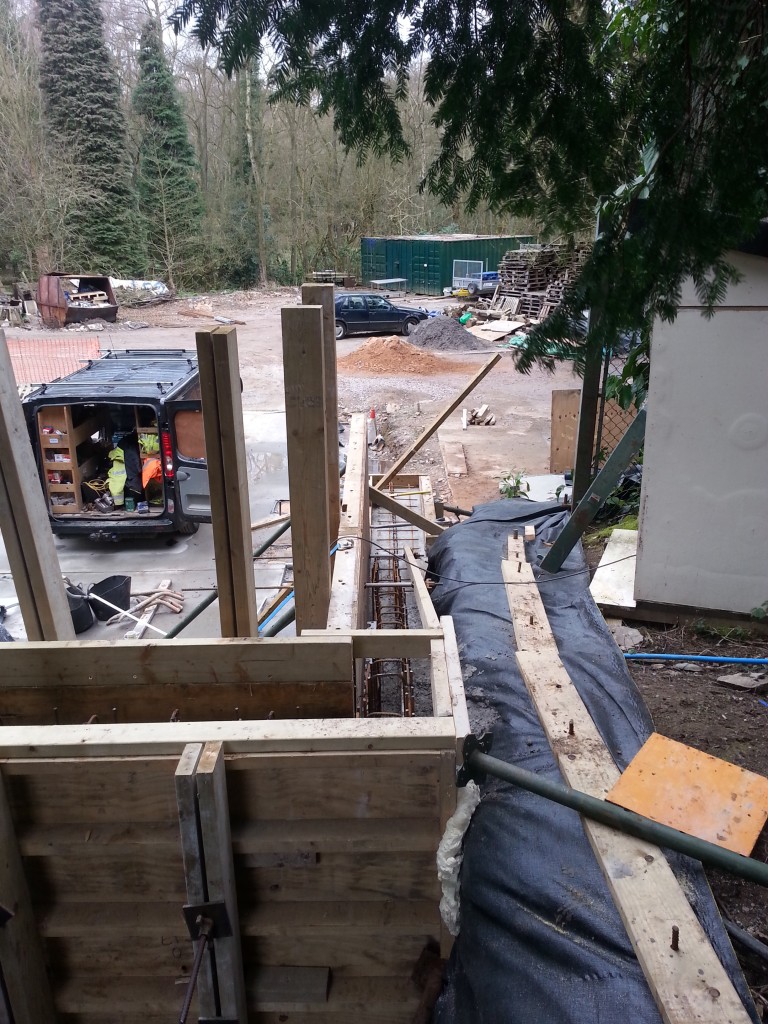 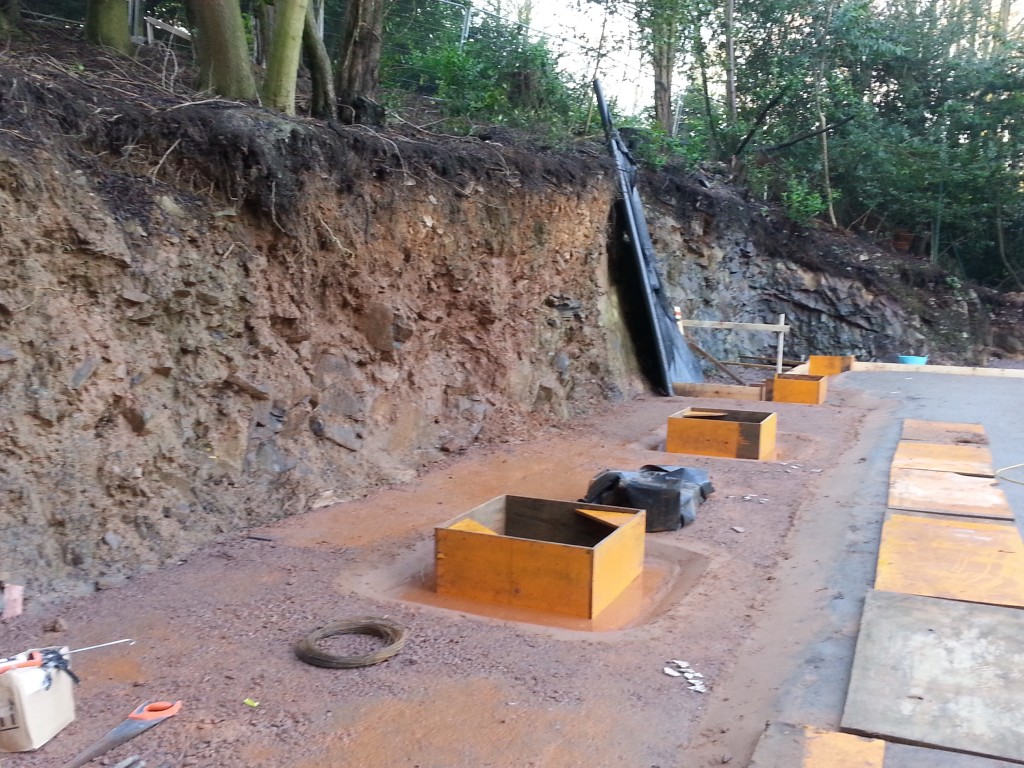 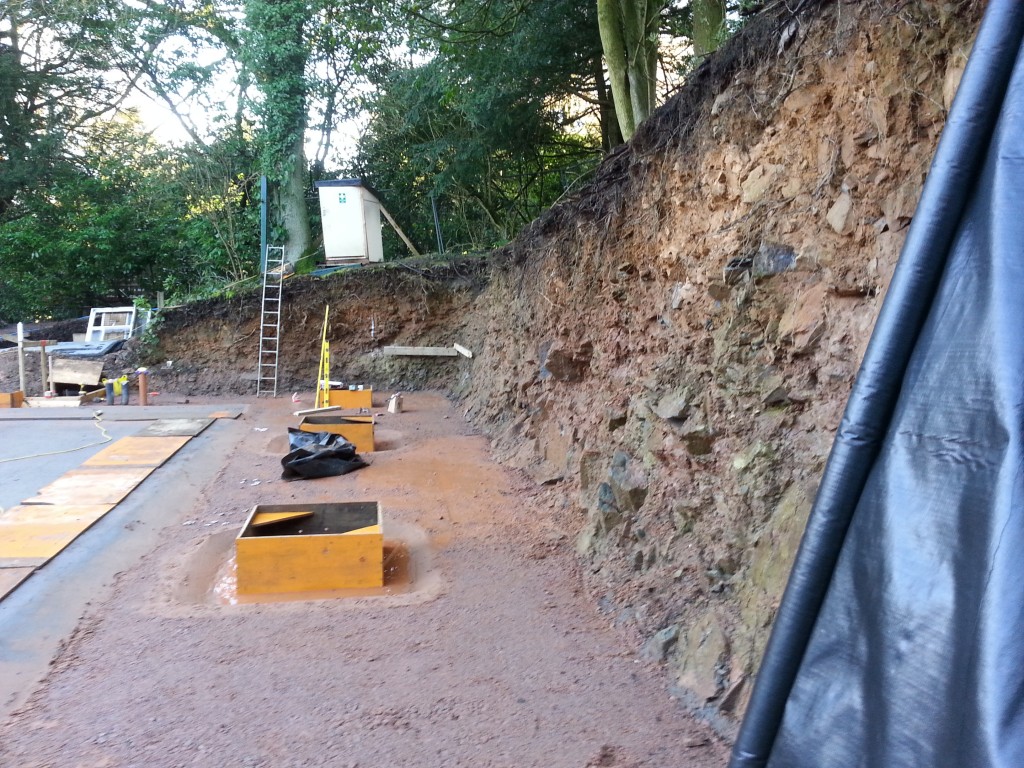 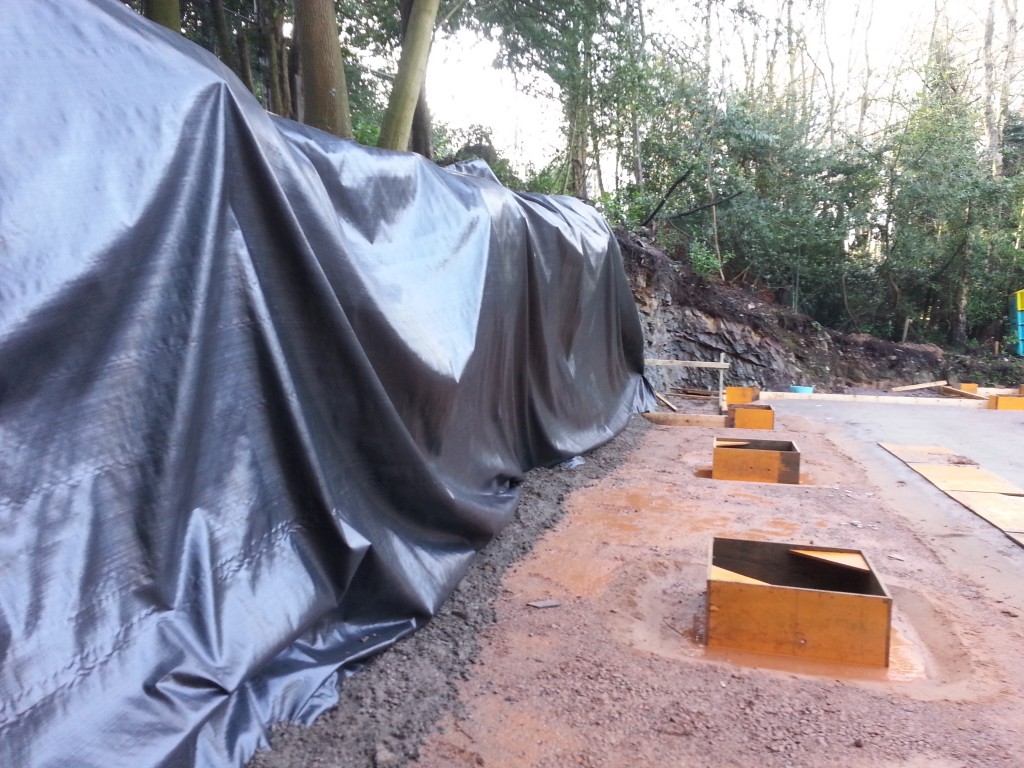 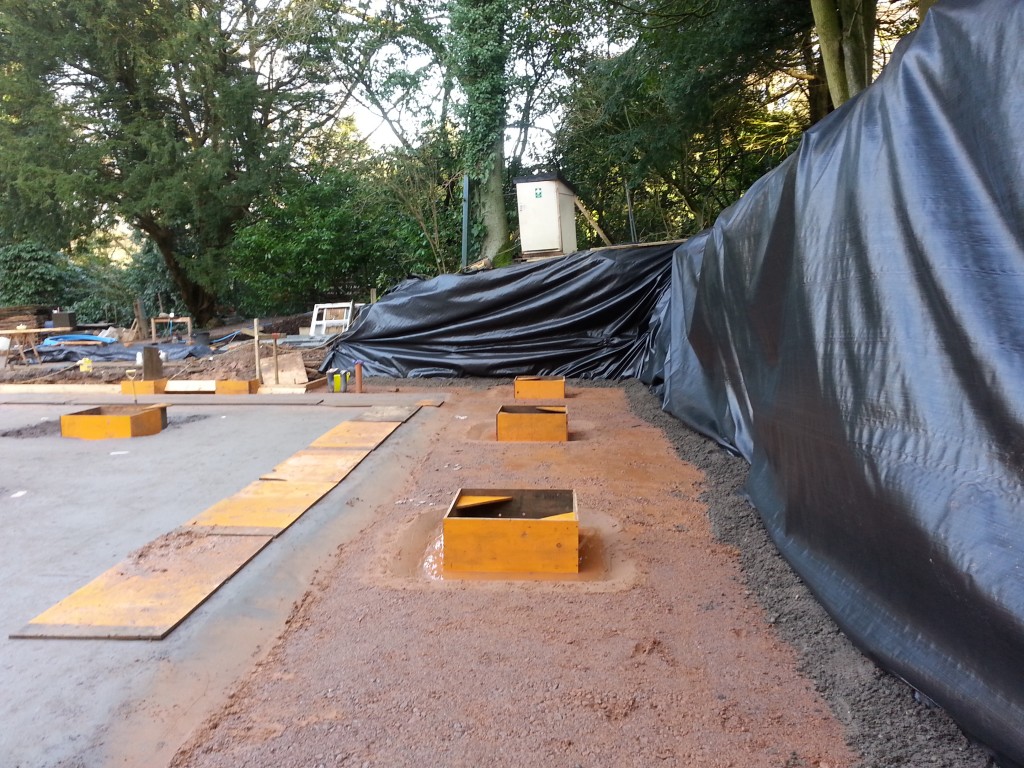 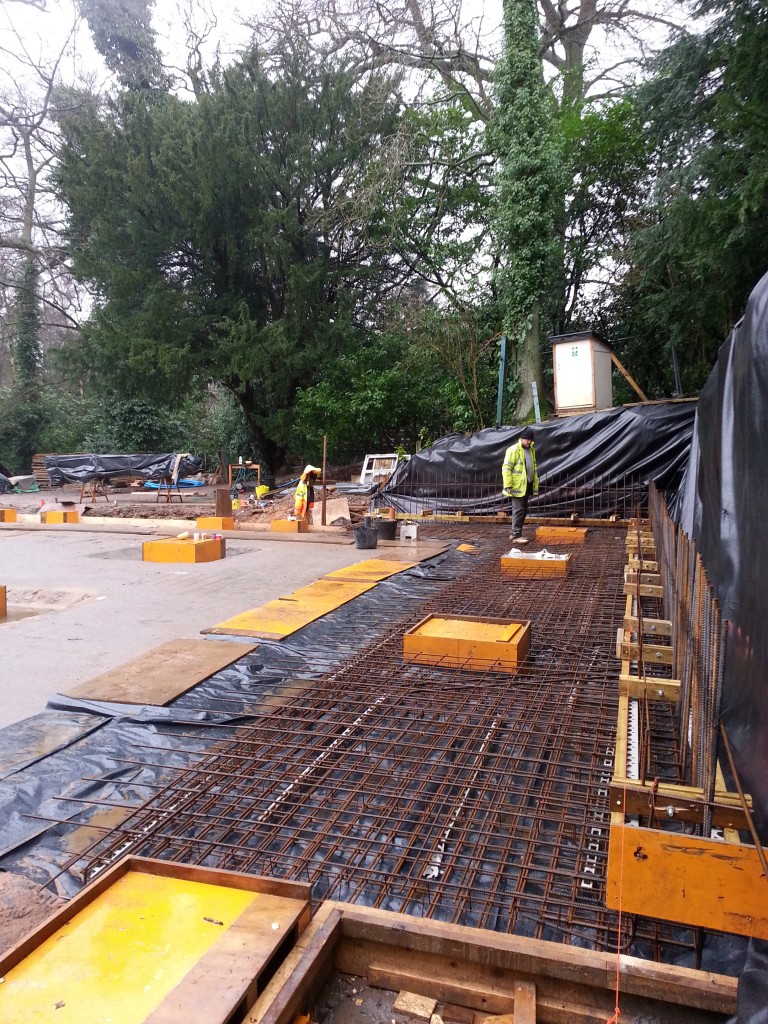 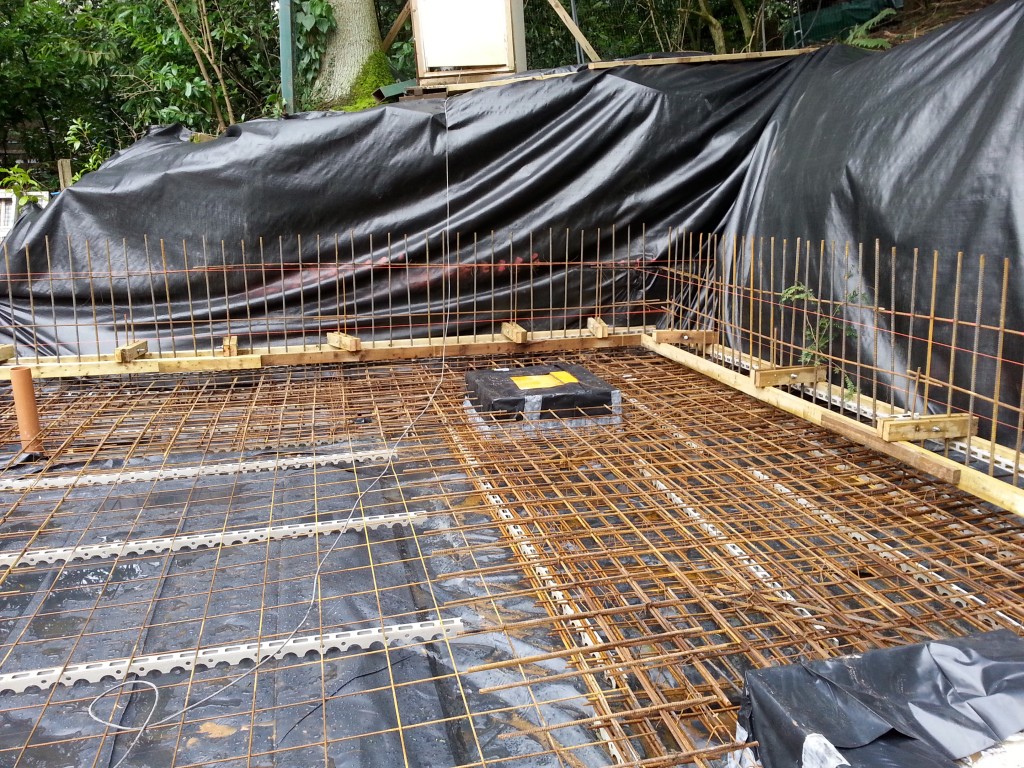 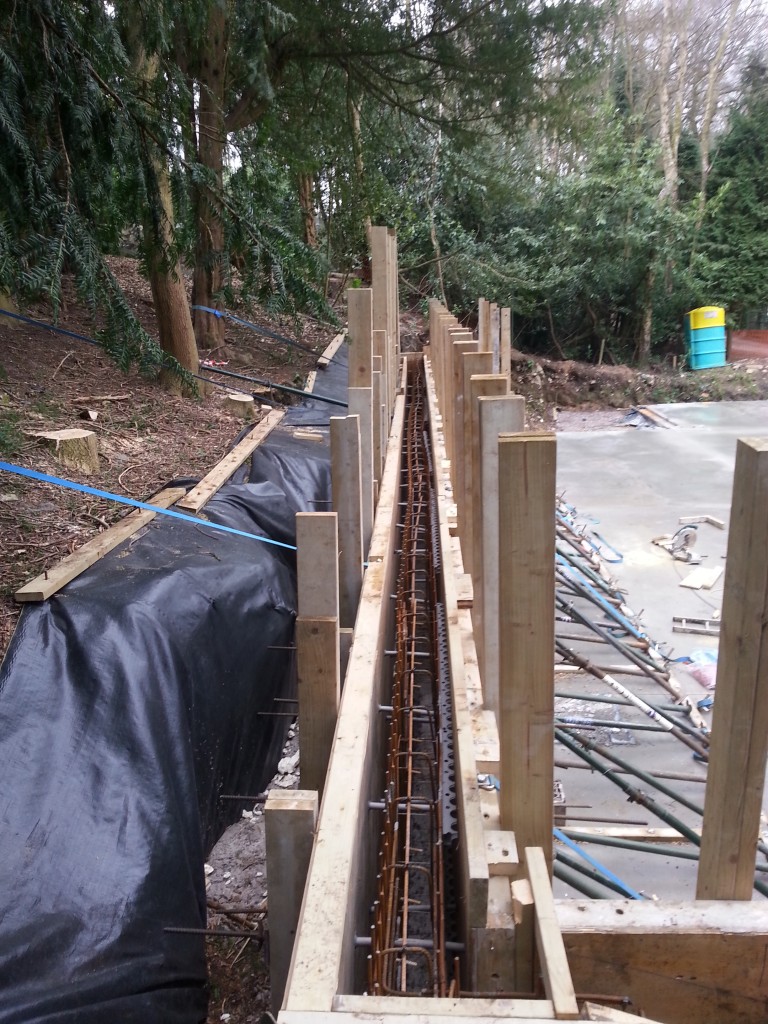 A construction site for a new building for a disabled charity was put on hold after it was discovered the hillside into which it was to be constructed was made of clay with water running down the face, causing collapse and potentially endangering workers below.

Beautiful Basements was brought into the project because of our wealth of experience with structural retaining walls, along with issues caused by water & drainage, especially within soils/clays.

A geo-textile membrane was used to cover the bank and a perforated land drain installed to move water from the bottom of the excavation to suitable drainage points, the structural steel laid, and the main slab cast up to the bank. The retaining wall was then constructed using pre-formed shutters and concrete poured straight against the bank. Unlike most builds however, the concrete had to be cast in three separate pours due to the amount that was required to retain the bank.